The REMUS Uncrewed Underwater Vehicle (UUV) story of class leading flexibility and adaptability continues to grow with a demonstration by the US Navy in the Pacific, building on the innovation of a Royal Navy demonstration in the Atlantic (see link below).
In a US 7th Fleet Explosive Ordnance Demolition (EOD) expeditionary task force exercise in Guam the expeditionary force continued to test REMUS operations from various assets of opportunity to maximise operational flexibility. In one exercise, the Mk 18 Mod 1 (REMUS 600) was Launched and Recovered (LAR) from MH-60 helicopters.
An MH-60S Sea Hawk helicopter, attached to the “Island Knights” of Helicopter Sea Combat Squadron 25, deployed a MK 18 Mod 1 unmanned underwater vehicle (UUV) into Apra Harbor, Guam while conducting integrated training with the Expeditionary Mine Countermeasure (ExMCM) Company deployed from Task Force 75. Task Force 75 is U.S. 7th Fleet’s primary expeditionary task force responsible for the planning and execution of maritime security operations, explosive ordnance disposal, diving, engineering and construction, and underwater construction throughout the Indo-Pacific.
The MH60 Carriage Stream Tow Recovery System (CSTRS) was used to enable for launch and recovery of REMUS 600 from the MH60 helicopter. CSTRS is the winch and carriage system used to carry the variety of sensors deployed from MH-60S. The system deploys sensors into the water and recovers them into the aircraft. 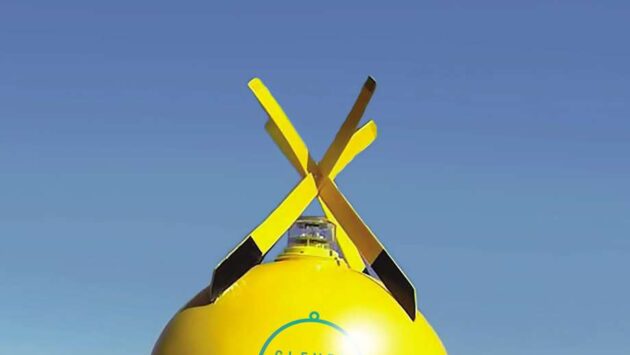 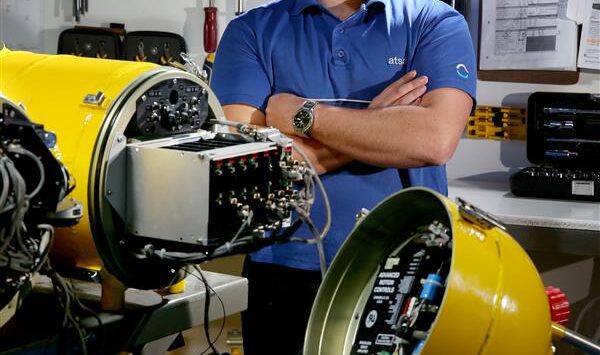 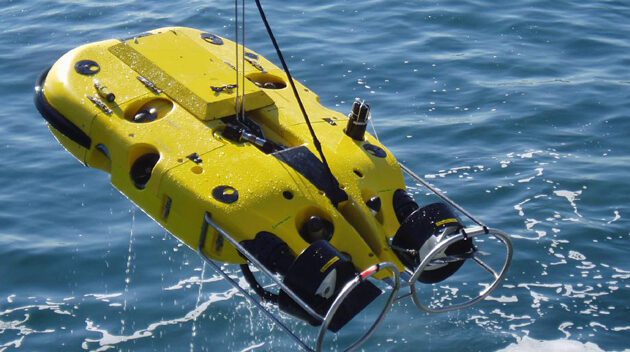