We service what we sell 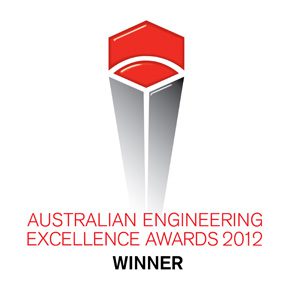 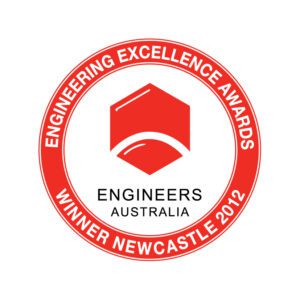 In 2012 BlueZone Group company, ATSA Defence Services, were winners of an Australian Engineering Excellence Award (in partnership with EET, RPC and e3K).  The award was presented at the Great Hall of Parliament House, Canberra, at the Engineers Australia 2012 National Engineering Excellence awards for work on the SeaUrchin™ Marine Power Generator.

Having won the Innovation in Sustainable Engineering Award and an Excellence Award and been named the Overall Winner by the Newcastle Division of Engineers Australia in May 2012, the SeaUrchin project competed against 42 finalists comprising some of Australia’s largest and most complex engineering projects for the national awards.  These included: Sustainable solutions for the Glenfield commuter car park entered by Transport for NSW;  Westfield Sydney project entered by Hyder Consulting;  Metricon Stadium entered by Arup and the Control System for Brisbane’s North-South (Clem 7) Bypass Tunnel entered by UGL Pty Ltd. In such outstanding company Elemental Energy Technologies (EET) and its partners, ATSA Defence Services, e3k and RPC Technologies, were very proud recipients of a National Engineering Excellence Award.

The SeaUrchin™ is a revolutionary technology designed to economically capture the vast kinetic energy of the world’s ocean streams, tidal currents and river flows. It operates in an extremely wide range of flow rates, making it deployable in a wide range of ocean and river locations around the world. With only one moving part the technology is designed to harness up to four times more power and is up to 70% more efficient than conventional “propeller” driven, marine generators commonly used today. The SeaUrchin™ can be mass produced from proven, inexpensive materials and components used for boat building. Starting “from the whiteboard” the engineering team designed and built a unique Permanent Magnet Axial Flux generator that was integrated into the composite construction of the SeaUrchin™ turbine. No “off-the-shelf” generators were available there was little public information that could be used as an example for the design. The generator was successfully constructed and then tested in a series of tests conducted at Newcastle, on the Georges River south of Sydney, and long-term installation at the Eraring Power Station at Lake Macquarie. A highly effective engineering development team designed the SeaUrchin™ generator, developed the prototype and completed proof-of-concept and performance trials. Overall Project Management was provided by BlueZone (then ATSA) using skills and capabilities developed as an SME working on provision of support for strategic capabilities to the Royal Australian Navy.