Sea Wasp represents a significant change in underwater operations against IEDs and similar threats by allowing bomb technicians to conduct underwater intervention for both improvised and conventional munitions. Designed to be operated by a small EOD/IEDD team – as few as two persons – the system can easily be configured to meet the specific requirements of any mission. Transportable over land in a light support vehicle, the Sea Wasp can be deployed from harbour walls or the beach. It can also be fitted to specialised surface support vessels, and is flexible enough to be loaded into multiple  varieties of boat, for example vessels of opportunity (VOO), rigid-hulled inflatable boats (RHIBs) and work boats, depending on the demands of the mission.

The hydro-dynamically stable, highly reliable system boasts exceptional performance and low lifecycle costs, making it an ideal, cost-effective choice. With a high degree of operational autonomy, the SEA WASP takes vessels and men out of the threat envelope, providing a safer underwater solution for ordnance disposal. The concept is derived from the robotic systems used to dispose of land IED threats, the WASP takes the concept under the water.

The BRT6000 Burn Wire Activator / Acoustic Transponder from EdgeTech is a reliable and versatile mooring instrument. The BRT6000 is designed for superior corrosion resistance and deep deployment being made... 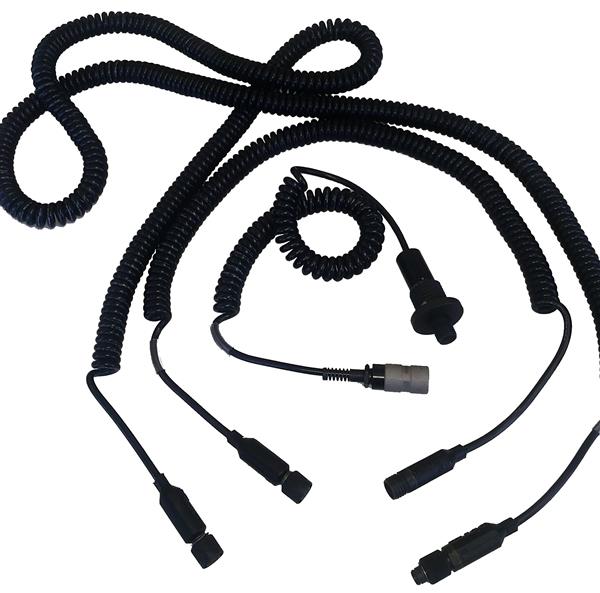 Curly Cable is ideal for customer requirements for use in small boats. The small boat environment is very harsh for all types of equipment, and rugged curly cables are ideal...

BlueZone Group and The Kraken!

ATSE Visit to BlueZone in Newcastle

BlueZone were honoured to host the Fellows of ATSE The fellows of the Australian Academy of Technology & Engineering (ATSE) visited BlueZone Group at our site in Newcastle NSW in...