ASW, MCM and More will be enabled by New Technology

A report from the Underwater Defence and Security Conference, Southampton, March 2019

Recent developments in NATO point to a renewed focus on maritime warfare after decades of land warfare driven concerns. A resurgent Russian naval capability is the catalyst for the recent NATO Defence planning process focus on high-end warfighting capability. Looking toward maritime operations in 2040, unmanned systems and autonomy are recognised as a key area of challenge and opportunity.

NATO is asking the question: “How should NATO forces conduct ASW in the future?”. The answer is clearly that Maritime Unmanned Systems (MUS) are a game-changing technology. It is self-evident that they provide a force multiplier, cost efficiency in deploying capability and minimisation of risk to personnel. A NATO study due for completion in May 2019 will be developed by 52 experts from 34 companies and 11 different nations to address the question in detail.
The NATO study will assess the utility of unmanned systems for ASW. The study will cast a broad net over the current and anticipated near term capability in MUS, their ability to deploy ASW sensors, and their utility for ASW missions. The study scope includes:
• ROM cost of platform/payload combinations, both acquisition and manning
• Compelling capability through the acquisition of large numbers of MUS
• Low-capability inexpensive platform/sensor combinations
• Benefits and limitations of MUS in ASW

A MUS declaration of in was signed by 13 nations and aimed to:
• Build the MUS Business Case
• Ensure coherence and interoperability of MUS solutions developed between nations
• Enable innovative MUS solutions at lower risk and cost, and higher quality
At the MUS inaugural steering board, a vision of a maritime force teamed with interoperable MUS to securely deliver force multiplying capability by Allied and partner nations was agreed. The MUS working framework recognises a strong industry engagement and operational experimentation. Many MUS innovations are now sourced from industry developments of MUS and there is a need for Western procurement methods to adapt to this to more rapidly operationalise unmanned technologies.

Mine Counter Measures – A Divide in Europe

The recent announcement of he Dutch/Belgian project for MCM points the way for the use of MUS. Many nations will be watching with interest to see the progress of the $2bn EURO project which is ambitious in its aims.

In contrast, Italy and Germany presented a different view point on the future of MCM. MUS concepts that rely on operation from outside of the minefield assume that the exact limits of the minefield can be easily known. This assumption cannot in any way be drawn from past experience. Opposition forces with always seek to deploy mines in the most difficult and dangerous seabed areas without advertising their limits. The risk to un-hardened general-purpose vessels transiting to an area of operations to deploy MUS is extreme. Concepts of deployment of RHIB craft to operate one-shot mine disposal systems in a minefield are placing “the man back in the minefield”.
In contrast, Germany and Italy have determined that special-purpose hardened Mine Counter Measures Vessels (MCMV) will be required for future MCM operations. In order to embark and safely deploy MUS, the size of the vessels will grow to the 1,000 to 1,200 tonne range. The all-important step of Mine Disposal can only be conducted at low-risk for a shock-hardened MCMV which had the capability to manoeuvre with full control authority in the tight confines of a minefield and provide the maximum protection to personnel. Mine Disposal can only be performed from within a minefield with a Remotely Operated Vehicle (ROV), either powered or one-shot, which will always be limited in range by a tether.

The RAN currently operates one of the most advanced Minehunters in the world, the Huon Class Minehunter Coastal. Built to a 500-tonne Intermarine design the ships include many features to minimise the risk of harm to personnel and ensure equipment survival when the need arise to operate in a minefield. Of major concern, two of the six MHC Ships have now been sold, a loss in capability to Navy that will be very difficult or impossible to recover.

Lessons learned from previous conflicts is that that armed forces must “come as you are” for any conflict. There is no time to develop, operationalise and field new naval warfare systems when conflicts arise. Australia is a participant in one of the most unstable maritime regions on the planet in the South East Asia and more than 95% of Australia’s trade is moved by sea. The closure of key ports with low-cost and easy to lay sea mines is a very real risk to our national well-being.
The RAN has the opportunity to refit the Huon Class and prepare it for a future capability that contributes to national and coalition forces in our area of interest. MUS are coming; however, they must be deployed from a ship of some type and to assume that the boundaries of the minefield can be conveniently “known” is wishful and dangerous thinking. Considering upgrade of the Huon Class Minehunter to meet future minewarfare threats should be an active concern of naval staff.
If Australia desires to manoeuvre capital ships such as the Canberra class LHD in harm’s way, modern minewarfare is a paramount consideration and minimising risk to our personnel demands that the MHC ships should be retained and upgraded. MUS capabilities are coming and are under active development by NATO, however, Australia lags well behind with no effective way to field, sustain and operate and MUS capability. The two major programs designed to deliver this capability (SEA1779 Rapid Environmental Assessment and SEA1778 Expeditionary MCM) are well known to be running years late.

At the Underwater Defence and Security Conference in Southampton, March 2019, there were a number of points reflecting the ‘world view’ of best practice for the use of autonomous systems in contemporary ASW.

Unmanned Surface Vessels (USV) are clearly the platform of choice.  There seems little doubt that the USV is the right platform.  Despite talk of AUVs with through water communications it seems that while the acoustic element obviously needs to be ‘underwater’ the C2 element (including control communications and data transfer) is sufficiently complex to require high bandwidth, high fidelity electro-magnetic communications.  The USV characteristics appropriate ASW must be clearly defined to meet tactical needs including factors such as mobility, endurance, acoustic signature and payload capacity.
Integration with traditional ASW platforms must be carefully considered.  Most ‘ASW experienced’ navies aim to augment traditional platforms (surface combatants, submarines, helicopters and Maritime Patrol Aircraft) with unmanned platforms.  This is a rather ‘standard’ approach and reflects the emergence of relatively inexpensive corvettes during WW2 to supplement specialist frigates and ASW carriers.  Therefore, given that the approach is logical there is a need to ensure that Maritime Unmanned Systems are developed in such a way to ensure that they complement RAN ASW assets.  This will operational guidance to develop a system requirement complementary to operational needs.  Key issues such as navigational accuracy for water space management, avoidance of mutual interference and safety during deployment and recovery must be addressed.
Development of the optimal sensor suite refers to the acoustic system capability which requires some careful thought in the context of looking across the spectrum of sonar systems operated in the ADF to ensure that MUS complements them and does not degrade performance.

Simplicity of deployment and recovery of MUS must be considered.  Over the stern deployment (and recovery) is the most effective way to operate the MUS.  However, the Hunter Class CONOPS may mandate alongside handling of the MUS.  In either case the physical characteristics of the MUS need to be considered as design factors from a systems perspective. 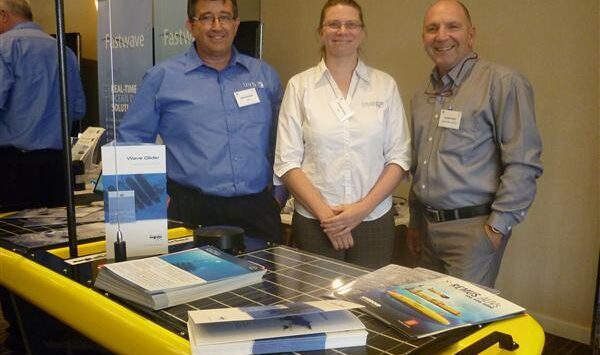 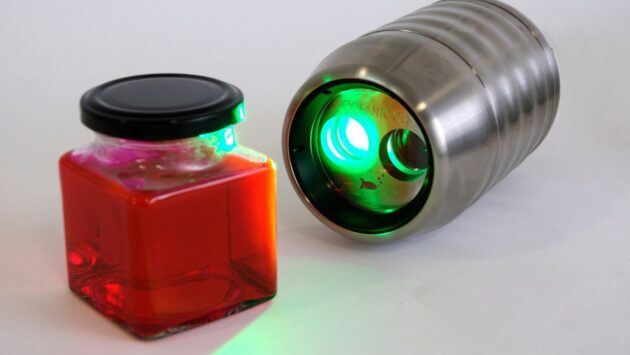